AzianK said:
this car needs a wash bad and some paint touch up too, got a few small scratches and chip all over the place

let me ad to the fun of a new thread

► Show Full Signature
photos/bmx/cars/ and whatever else is cool www.rowdyness.com

yea eternal blue is a rare color, I don't see many of that or do people mod it often. it's great once you get a few things together, gold wheels on blue was always something I wanted so had to get those advans.

Joined Sep 26, 2012
·
1,876 Posts
Mine's still sitting, sadly. I keep running into bs bad luck. It was bad enough the trans blew. Pulled it out and discovered two bad engine mounts. Ordered those. Then found a break in the new trans case. Sent that in to get welded. Got it back and started transferring parts from the old trans I needed, only for a mount stud to strip the hole in the old trans trying to remove it. I'm broke as f* at the moment, so I had a friend buy me a tap and die set on loan to fix the stud, and am now waiting on him to bring that over.

Been thinking about my plan of attack for must-have mods though. Working on the lip kit now, I've got A-spec front and Mugen rear in hand. I'll see about ordering Mugen sides next weekend. Those and the bumpers all need painting. After that is saving up for Mugen SS and 25mm spacers for the OE wheels, then saving even longer for either white Regas, or TC105Ns in that bronzish color they come in.

The Definition of Rice

I know the front has a bumper quick release and I do need one for the left, but is there anything like that for the rear?
► Show Full Signature
Zombie Eradication Team Member #27
HASK™ Infamous Anime Crew Viet Crew CRSX Mod Crew 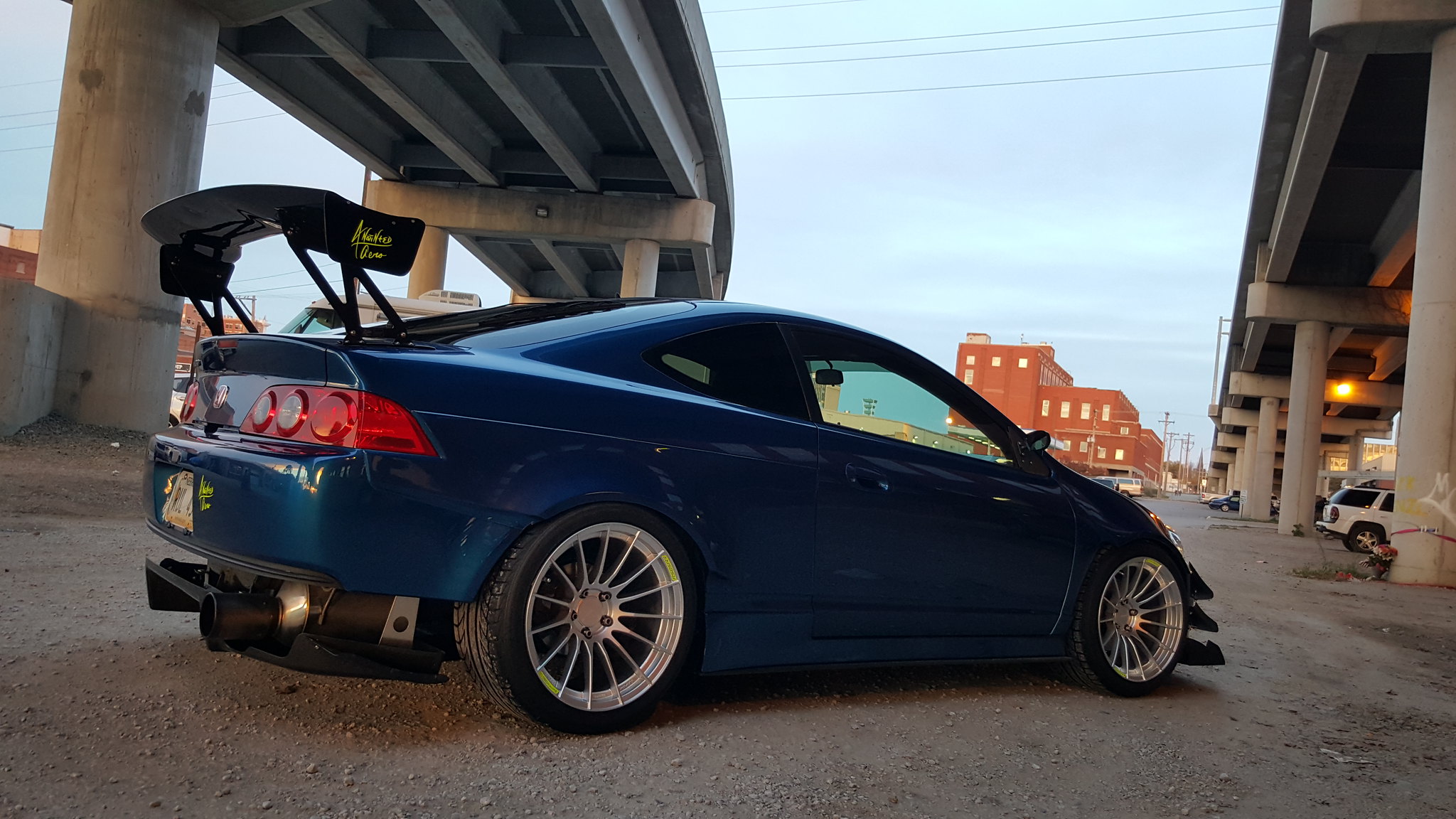 Joined Mar 8, 2014
·
215 Posts
bossy^. those enkies are easily on my top 3 list of wheels
► Show Full Signature
photos/bmx/cars/ and whatever else is cool www.rowdyness.com

Joined Aug 8, 2012
·
712 Posts
Finally working on her again. Been sitting in the garage with a blown motor for 3 years. Will be up and running with a few extra goodies soon

► Show Full Signature
ALL SPEED TAKES IS MONEY! HOW FAST DO YOU WANT TO GO??

And a shot of the brembos... because they only get cleaned like once a month cuz its a bitch to scrub and the ceramic pads dust the fudge outta them quickly